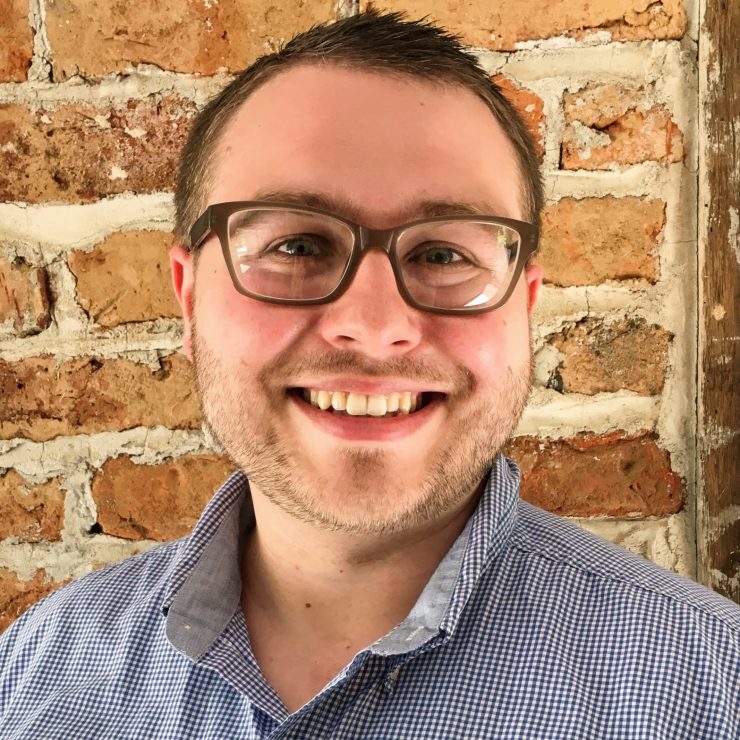 The Historical Society is pleased to announce that Micah B. Brickner has been appointed executive director for the Brethren in Christ Historical Society, effective July 1, 2017. Board president Emerson Lesher announced the appointment at the Annual Heritage Service at the Ringgold Meetinghouse on Sunday, June 4. Micah replaces Glen Pierce, who will continue to serve as director of the Brethren in Christ Historical Library and Archives and will remain on the Society’s board. Micah is a licensed minister in the Brethren in Christ U.S. and has served on the Historical Society board since March 2016. He writes on the subjects of church history, leadership, and missiology at beyondperimeters.org. Micah lives in Lancaster City, PA with his wife Heather, who is the pastor of Branch & Vine, a Brethren in Christ church plant. Currently, Micah serves as the communications assistant for Eastern Mennonite Missions, Salunga, PA. Previously, he was the communications pastor for The Meeting House (Carlisle, PA) and the executive assistant to the general secretary for the Brethren in Christ Church of North America. He holds a Master of Arts in ministry with a specialization in leadership from Wesley Seminary and a Bachelor of Science in biblical studies from Indiana Wesleyan University. Beginning studies for a Ph.D. in organizational leadership at Indiana Wesleyan University in 2018, Micah’s research will focus on how the changing communication strategies of Anabaptist church-related organizations affect the culture of their constituents. We welcome Micah to his new position! At the end of this blog post, you can read Micah’s comments about his appointment and vision for the Historical Society. 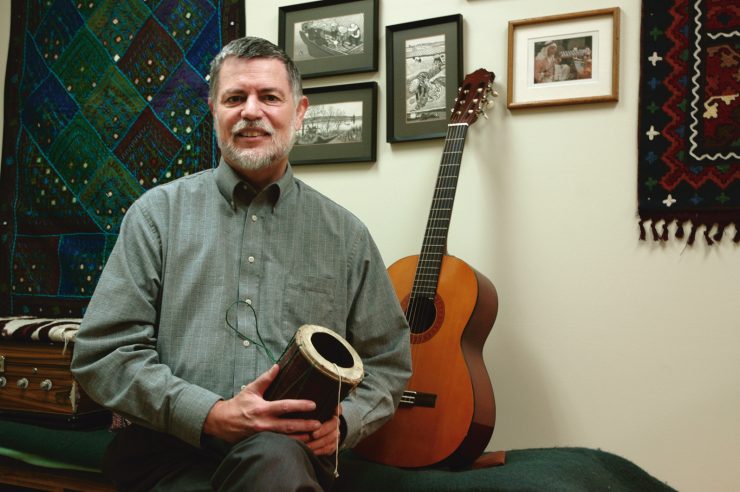 Annual Meeting Saturday, October 28, 2017, 5 p.m. Grantham Brethren in Christ Church, Grantham, PA Speaker: Dwight W. Thomas Cost: $15 per person   The Historical Society expects to release Dwight W. Thomas’ new book, Blest Be the Ties that Bind: Studies in Brethren in Christ Faith and Culture at annual meeting. The book features a number of essays that were previously published in Brethren in Christ History and Life, as well as several new ones. The essays include a three-part series on Brethren in Christ worship and music, an oral account of the death by lion of Myron Taylor in Northern Rhodesia in 1931, and a conversation about Old Order River Brethren worship with John Dietz and Myron Sauder. Dwight will talk about the joys of research, especially his experience that research has often been a platform for building relationship and a form of ministry. He will also provide some audio examples of the music he writes about in the book. Dwight is a retired Messiah College music professor and former minister of music and congregational life at Elizabethtown Brethren in Christ Church. He and his wife have spent two to three months every year for nearly two decades at Sikalongo Mission in Zambia. His research interests include music, history, biography, and the cultural expressions of global Christians. His comprehensive history of Sikalongo Mission is currently running in Brethren in Christ History and Life in several parts. Register for annual meeting

Earlier this year, William (Bill) Hoke, longtime missionary to India, celebrated his 100th birthday. To honor his century of life and service in the Brethren in Christ Church, we are reprinting an excerpt from the beginning of a short biography he wrote for My Story, My Song: Life Stories by Brethren in Christ Missionaries (Brethren in Christ World Missions, 1989).

My parents, John and Belva Hoke, lived on a 110-acre farm in Miami County, Ohio. The land was good and my parents worked hard. My father was born and raised in the Brethren in Christ Church, but married an attractive young girl from the Christian Church. Following their marriage, they drifted away from both churches. I was born on April 9, 1917. My parents loved me, but during my first seven years none of us went to Sunday school or church. It was during the Brethren in Christ General Conference held at the Highland Church that a change took place in my life. My parents kept guests and attended some of the evening services. A large tent for evangelistic services was pitched just north of the church and the three of us were in the meeting. My mother went forward to the altar for prayer and I followed her. She was saved that night and I, too, found Jesus Christ as my personal Savior. I recall getting up and going back to my father, climbing on his lap, and asking him to give his heart to Jesus. That was the beginning of a new life in our home. We started attending the Pleasant Hill Church. Two years later I was baptized and received into membership.

I was sent to Messiah College Academy for my senior year of high school. As I look back now, I know that this decision on the part of my parents was a wise one and influenced my Christian life. I will always remain grateful to them for it. Two great leaders in the Brethren in Christ Church influenced my life during that year. President C. N. Hostetter, Jr. was one, and the winter evangelist, Bishop E. J. Swalm, was the other. Although I love the Lord and was active in the Gospel Team program and preached a few times, I discovered a deep need in my life during the winter revival. The Holy Spirit brought me under great conviction to yield my will completely to the Lord. One evening, in a class prayer meeting preceding the service, I confessed to my classmates my need. To my amazement none of them seemed to be surprised. Two of my classmates offered to stay and pray with me. That night the Lord met the longing of my soul for peace and gave me an abiding assurance of his fullness. I said an eternal yes to his will and that commitment has held for over 50 years. In fact, the commitment to do the will of Christ has deepened and has been lived out in my life in numerous assignments in mission work in several countries…. As a young boy back in Ohio, I used to enjoy hearing the missionaries when they came to speak at our church. I also got to go to Ludlow Falls, Ohio, and look at the photo albums that Sister Ellie Rohrer brought from India. My parents had missionaries from India in our home—Rev. and Mrs. Charles Engle—and I recall the tremendous feeling in my heart as I listened to them. Following my deeper relationship with Christ and during my senior year of high school, I used to close my eyes and see a map of India, just as plain as if a real map was before me. This experience happened again and again. I began to conclude that the Lord was giving me a message. I felt that some day I would serve the Lord in India. During my freshman year at Messiah College, I first laid eyes on a lovely brown-eyed freshman [Mary Hess] from Lancaster County, Pennsylvania. She was such a nice person; the more I saw of her, the more I wanted to know her better. However, I didn’t ask her for a date until I found out, through others, that she interested in mission work in India. We were engaged in 1937, before graduating from junior college, but were not married until two years later. After Messiah College we went to Taylor University at Upland, Indiana, were graduated from there on June 6, 1939, and married a few weeks later, on June 28, at the Pequea Brethren in Christ Church by Mary’s uncle, the Rev. Henry N. Hostetter.

Postscript: Mary, Bill’s wife of 55 years, passed away in 1994, and the next year, he married Nancy Kreider, former missionary in Zimbabwe. They live at Messiah Lifeways and are members of the Grantham Church. Bill has written three books about his life: A Rich Heritage, A Rich Retirement, and A Rich Mosaic. All are available on Amazon (go to amazon.com.kindle-store and search for the title and author). To the editor’s knowledge, Bill is only the second Brethren in Christ missionary to reach the century mark (Charles Engle, another missionary to India and the one who visited Bill’s home all those years ago, reached 101 years and 10 months).

From Synagogue to Holiness Church  The following article, written by Carl J. Ulery, appeared on p. 7 of “Look On The Fields,” a missions insert in the Evangelical Visitor of June 15, 1959. Can you imagine that answering an advertisement in Christian Life magazine could lead to the opening of a Brethren in Christ Church? This is exactly what has happened. How wonderful God is in carrying out His will for the spread of the Gospel! Several months ago Bro. Tyrus R. Cobb of the Bethel congregation near Merrill, Michigan, read an ad in Christian Life magazine. A business man in Sheboygan, Wisconsin, desired a Christian to head a department in his company. Bro. Cobb answered the ad. After visiting this city of about 45,000 people and seeing the prospective job, he was uncertain as to whether he should accept. After a sleepless night and feeling no peace at heart as he thought of refusing the job, he finally came to the decision that if God wanted him in this city, he was willing to go. Immediately a peace and calm came over him. Having been a faithful member of the church board at Bethel and zealous in the Lord’s work, it is only natural that he could sense great spiritual need throughout the city. With it came a burden on his heart that a Brethren in Christ Church might be opened. During these months he fellowshipped with two other holiness groups in the city, whose work also had only recently begun. The Central Conference Board of Extension, after contacts in the city, recommended that a work be opened with Bro. Cobb in charge. This received unanimous approval at the annual Central Conference in March 1959. The first prayer meeting was held on May 7, although the building is far from being completed and ready for worship.

In his 1988 history of the Canadian Brethren in Christ Church, Dr. E. Morris Sider notes that summer tent meetings made their appearance in Ontario in 1920. “This first tent meeting set the tone for the many others that followed…. It also set the tone in its success. A diary kept by Hiram and Barbara [Weaver]’s daughter Hettie shows that in only a few days after its opening in July 4, the tent campaign was attracting 100 or more people, on one Sunday afternoon more than 220, this despite the farming community being in the middle of the harvest season. The result was a number of conversions and several families becoming members of the Brethren in Christ Church, thus marking the beginning of the Cheapside congregation” (From The Brethren in Christ Church in Canada: Two Hundred Years of Tradition and Change, pp. 133-135.) 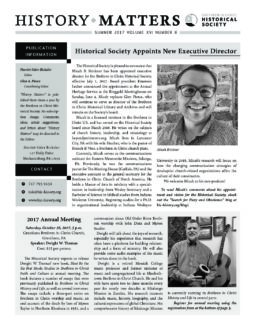