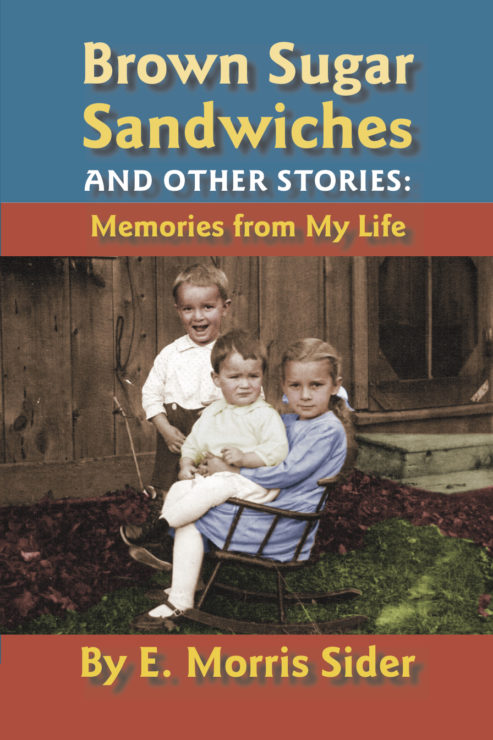 Having had to cancel our 2020 annual meeting due to the Covid-19 pandemic, we are pleased to be able to welcome you back this year.

This year’s 2021 annual meeting will take place on Saturday, October 2, 2021 at the Grantham Brethren in Christ Church, 421 Grantham Rd., Mechanicsburg, PA. The evening will begin at 5:30 p.m. in the church fellowship hall with a family-style meal catered by Gibble’s Restaurant, followed by the meeting at 6:45 p.m. in the sanctuary when E. Morris Sider’s 34th book will be released.

With the intriguing title of Brown Sugar Sandwiches and Other Stories, the book features Sider’s memories from his life. The stories begin with his childhood and youth and encompass such areas as family, church, and school. Later, they focus on his career in education, both as a college and university student and as an elementary, high school, and college teacher.

Please plan to join us for the meal and the book release honoring Sider and his long and productive career of researching and recording Brethren in Christ history for future generations. Members of the Society will receive a free copy of the book, and additional copies will be available for sale. Registration for the dinner is $20.00. Checks should be payable to the Brethren in Christ Historical Society and sent to Ken Hoke, 101 Clarindon Place, Carlisle, PA 17013. Deadline for registration is September 13, 2021. You can use this registration form.

Thanks for Your Generosity!

Earlier this year, we sent out a letter to all Society members soliciting contributions honoring E. Morris Sider. These funds will help cover the costs of producing two books: Brown Sugar Sandwiches and Other Stories (to be released at annual meeting) and an official commissioned biography of Morris and his wife Leone, to be written by Devin Manzullo-Thomas.

Many of you have contributed very generously, and we thank you so much. If you would still like to contribute, you may do so by sending a check to Ken Hoke (see above story) or by donating online. Be sure to specify the fund to which you are donating. 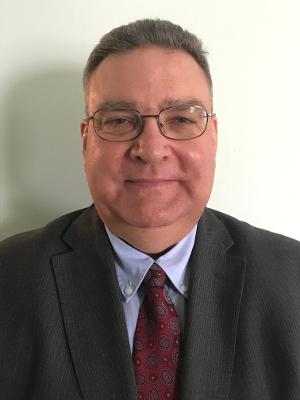 The Young Center for Anabaptist and Pietist Studies at Elizabethtown College recently awarded its 2022 Kreider Fellowship to Jonathan Stayer. Stayer, archivist emeritus of the Pennsylvania State Archives and a member of the Brethren in Christ Historical Society, will use the fellowship opportunity to continue his research into the origins of the name “Brethren in Christ” during the nineteenth century.

Stayer’s work is organized around a deceptively simple question: How did the Brethren in Christ denomination get its name? Known as the “River Brethren” during the antebellum period, the community emerged from the nineteenth century bearing the name “Brethren in Christ.” In his magisterial history Quest for Piety and Obedience, Carlton Wittlinger posited that the denomination took on the new name during the American Civil War, when the church was required by the Union government “to register in Washington [D.C] as a nonresistant organization.” Wittlinger’s account squares with a “brief history” of the church published in 1904, in which the author presented a very similar story.

Although this telling has been accepted by the church and by its scholars, Stayer is not convinced by it. “The Northern states administered the 1862 Civil War draft, not the federal government,” he states. “Therefore, the Brethren would not have appealed to federal authorities that year,” contrary to what Wittlinger and others have contended. Furthermore, Stayer notes that even after the federal government instituted a new conscription law in 1863 “it did not necessitate that the Peace Churches, as religious bodies, register with the government.”

Stayer traces his interest in this question to the late 1980s when he learned that the Pennsylvania State Archives holds the Civil War conscientious objector deposition of his third-great-grandfather, Adam Stayer of Bedford County, Pennsylvania.  Seeking to learn more about the Commonwealth’s Civil War objectors, he encountered this name origin story.  As an undergraduate at Messiah College (now University), where he majored in history and took courses with Brethren in Christ scholars like E. Morris Sider, Carlton Wittlinger and Martin Schrag, who himself had done research on the church in the nineteenth century, he became familiar with the denomination’s history, providing a foundation for this investigation

Stayer plans to use his time as a Kreider Fellow to investigate new sources that might shed a different light on the origin of the denominational name. He expects to consult materials in the Brethren in Christ Historical Library and Archives at Messiah University, as well as records of the Provost Marshals General Bureau (which oversaw the implementation of the draft) at the National Archives, primarily in Philadelphia.

In addition, Stayer invites any Historical Society members who may have family letters, diaries, or stories from the Civil War period that might mention the denominational name change to contact him. Such “hidden” sources could also shed light on this topic.

“Stayer’s work is very important to the history of the Brethren in Christ Church, for a couple of reasons” notes Devin Manzullo-Thomas, director of archives at Messiah and himself a church historian. “First, it has the potential to reveal more knowledge about an under-studied period of our past, particularly the Civil War era. Second, it has the potential to identify new sources for the study of our history, as Stayer will be working not only with material in the church archives but also in major national archives. I am very excited about this project.”

Stayer will begin his fellowship at the Young Center in early 2022. Endowed by Ken and Carroll Kreider, the Kreider Fellowship is offered each spring semester by the Young Center to a deserving scholar. Each fellowship lasts twelve weeks, and the awarded scholar is expected to deliver a lecture based on his or her research during their time at the Center. Stayer’s lecture was still being scheduled at the time of publication.

The Brethren in Christ Historical Society congratulates Stayer on this fellowship, and we are excited about the contributions that his research will make to historical scholarship on the church.

Foreign Missionaries and the Winds of Political Change

Kenneth Kaunda, the first president of the Republic of Zambia from 1964 to 1991, died on June 17, 2021. Zambia and those who love Zambia mourn his passing. He was not without flaws and he made mistakes. But Kaunda’s leadership before and after independence will stand as one of the successes in the transition from colonialism in Africa to self-determination. Kaunda’s clear and single-minded vision for independence—along with others like Harry Nkumbula, another leader in the Zambian independence movement—put increasing pressure on the British to grant independence to Northern Rhodesia.

Kaunda became president of independent Zambia on Saturday, October 24, 1964. Naturally, a series of formalities accompanied the transfer of power. Princess Mary (aunt to Queen Elizabeth) was present as the official representative of the British government, as well as dignitaries from around the world. The American delegation was headed by the businessman Charles Englehard, a controversial choice because of his financial interests in mineral mining.

Earl Musser, then-bishop of the Brethren in Christ Church in Northern Rhodesia, and Frank Kipe, along with their wives and other Brethren in Christ people, attended the celebrations, and Lois Musser later wrote a detailed report of the events in the December 7, 1964 issue of the Evangelical Visitor. She began her account by pointing out that H. Frank Kipe was chair of the Evangelical Fellowship of Zambia (EFZ) at the time and that on October 22, he along with other executive members of EFZ, presented newly-installed President Kaunda with a pledge to support him and the country through prayer.

While in Lusaka, the Mussers and Kipes also attended the official ceremony at which control was transferred from British to Zambian control. Lois Musser wrote:

There was a lovely spirit throughout the evening and we did not see any sign of any ill-will or bad feelings between the races. There had been a few disquieting rumors circulating before the weekend, but things could not have gone off with a finer spirit. We felt that Dr. Kaunda had a lot to do with this. His spirit is humble and unassuming. In one of his speeches given at the Civic Center, we were told that he said that many of the people do not know what independence means, but he added that to him it means “Responsibility.” We are sure that it is very important that we pray that Dr. Kaunda and his government maintain this wholesome spirit.

It seems that a spirit of cautious optimism prevailed among Brethren in Christ missionaries serving in Zambia at the time.

Yet even before Kaunda took office, the Brethren in Christ in Northern Rhodesia were responding to the winds of political change that eventually swept him into office. Some Brethren in Christ members, like Elijah Mudenda and Daniel Munkombwe, became directly involved in the independence movement. Others, like Sampson Mudenda, took a different path by remaining “inside” the church but pushing for self-determination and autonomy. Events eventually led to a significant shift in May 1964, just months before the formal transfer of power from the British Empire to the new republic, when the North American church handed over “full operational responsibility” to Northern Rhodesian Brethren in Christ leadership. The photo below shows Samuel Wolgemuth, then-chair of the North American Mission Board, giving Sampson Mudenda a document conferring full authority to the national church.

It is impossible to separate the political sentiment of the time from the Brethren in Christ trend toward indigenization. And, although the 1964 transfer of authority to Northern Rhodesian Brethren in Christ was laudable, it was long overdue. The evidence suggests that some well-meaning North Americans dragged their feet in response to cries for independence.

As we remember Kenneth Kaunda and his contribution to Zambian independence, it is good to also reflect on the connection between such movements and our Christian beliefs. We are wise to ask difficult questions about how and to what degree Christians should be involved in political processes. 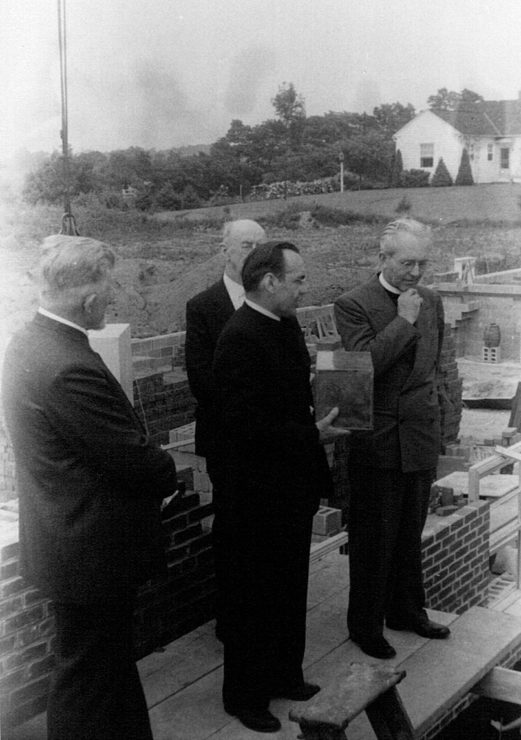 Opened in 1949, Hoffman Hall (pictured here) was the fourth original building built on the campus of what was then called Messiah Bible College. When it was demolished earlier this year, to make way for a new central green space, it had become the second oldest building on the campus.

The hall was originally built as the first separate women’s dormitory. Messiah hosted multiple events during the building’s construction, including a groundbreaking ceremony and a dedication ceremony. In between those two events, campus officials also hosted a ceremonial laying of the cornerstone, pictured here, during which then President C. N. Hostetter Jr. (third from left, holding box), deposited a time capsule in the stone.

More than 70 years later, when the building was demolished in early 2021, workers re-discovered that time capsule. The aged metal box included a 1948 Clarion yearbook and several Messiah Bible College bulletins, among other items.

For more information on the demolition of Hoffman Hall and the time capsule discovery, see the early 2021 issue of The Bridge, Messiah’s alumni magazine. (Interested Historical Society members not subscribed to The Bridge can contact the Archives for a copy of the article.)