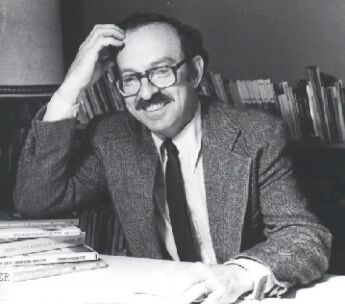 “When we, as Christians, think about peacemaking and social justice, we think about Ron Sider.”

Sider was at Messiah Monday night (and yesterday morning) to deliver a series of lectures on peacemaking. His evening lecture, titled “Reassessing the Early Church’s Position on War, Abortion, and Capital Punishment,” was drawn from his forthcoming book, which Sider described as an edited compendium of “every extant document” written by the pre-Constantinian Era Christian church “relevant to war, killing, and violence.”

Ultimately, Sider challenged both of these views with two conclusions:

How can we reconcile this disconnect? Sider offered one solution: “Throughout Christian history, Christian laity have not lived as their leaders taught them to live. So we should not be surprised if the same pattern occurred in the early church.” A familiar — albeit reasonable — explanation, especially coming from a scholar who has accused Christians of having a scandalous social conscience.

In the end, Sider steered clear of drawing any “present-day, life application” conclusions from his historical analysis. But the take-away seems obvious to me: if we are to reassess the early church’s position on war and military service, we ought also to reassess our own position and action. How often has our doxy diverged from our praxis? How often have we neglected to follow the wise counsel of pastors, teachers, and intellectuals like Sider, especially on issues like peace and social justice? And how might we recommit ourselves to more faithfully pursuing Christ’s peace in our world? Sider, for his part, has answered such questions before… but that’s a topic for another lecture, and another blog post.