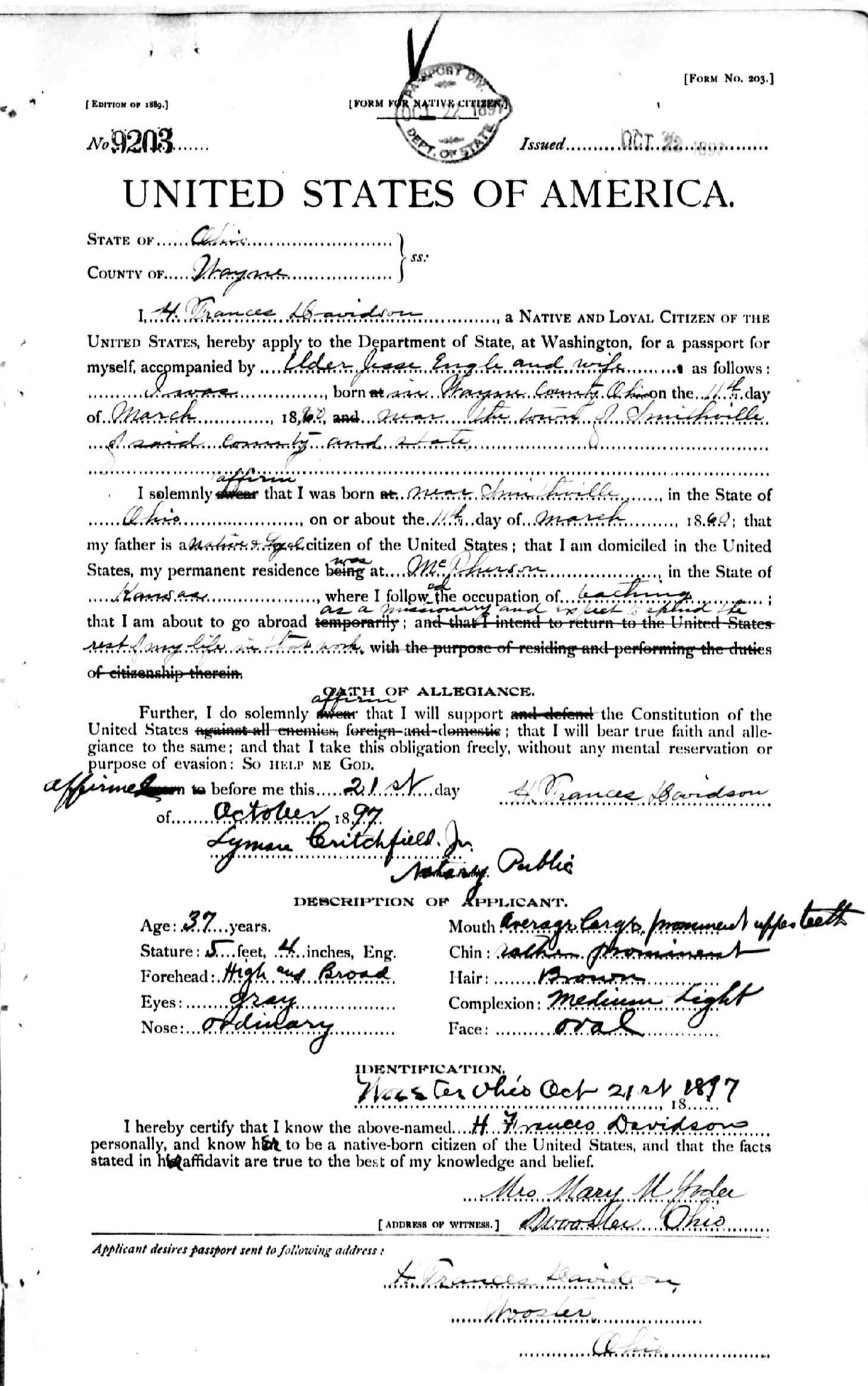 Like countless other American citizens who traveled abroad in 1897, H. Frances Davidson — a pioneer missionary in the Brethren in Christ Church — had to file a passport application with the U.S. Department of State.

Check out this image of her application (click on image to enlarge). Her alterations to the government form reveal a great deal about the Brethren in Christ of her era — and about Davidson’s unwavering commitment to her church’s foriegn mission endeavor.

1. Davidson’s bold declaration that “I am about to go abroad as a missionary and expect to spend the rest of my life in that work.” (She crossed out an entire section of the form dealing with returning to the States!) This has to be my favorite part of the application.

2. Another gem: her repeated replacement of the word “swear” with the less troublesome “affirm.” (Brethren in Christ in Davidson’s day were forbidden to swear oaths to the government, for fear that it impinged upon the mandate set forth in Matthew 5:34).

3. Davidson’s tacit refusal to “defend” the U.S. “against all enemies, foreign and domestic.” (She excises all the words from her signed form.) This decision seems to evidence her commitment to the church’s peace position.

4. In the section to be completed by a witness, it seems that Davidson replaced the male pronouns with female pronouns — an attempt, I’m sure, to better describe the applicant.

This application not only tells us much about the woman signing it, but about the church responsible for much of her mental and spiritual formation. Certainly, it’s an important document for Brethren in Christ historians.

HT to David Byer for finding the form, via Ancestry.com.

« “Learning and a Loss of Innocence”: Messiah College in the 1960s
Photo Friday: Here, Faith and Learning Meet »

4 responses to ““I am About To Go Abroad as a Missionary”: H. Frances Davidson’s Passport Application and What It Tells Us About Brethren in Christ Life”