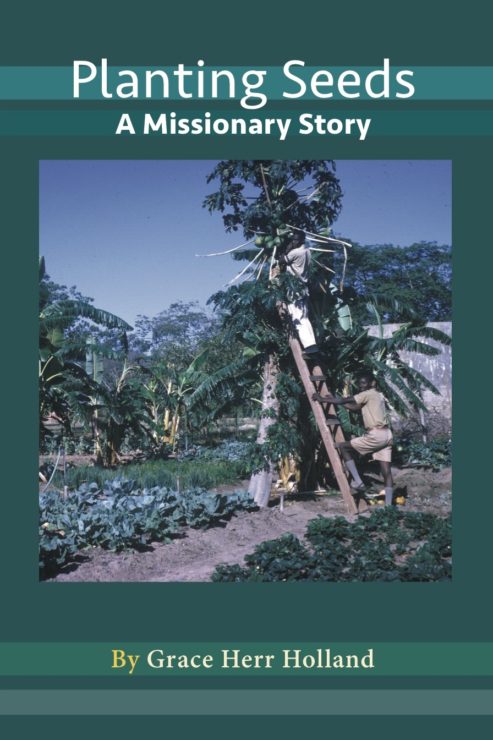 In lieu of the August 2016 edition of our journal, Brethren in Christ History and Life, the Historical Society is publishing former missionary Grace Holland’s autobiography, Planting Seeds: A Missionary Story. We are always grateful when people who have kept careful records of their lives are willing to tell their stories for a wider audience, especially when their stories are such a testament to the power of God at work in the world. Below is a teaser for the book in the form of the Foreword by the editor. All members of the Historical Society will receive a copy; additional copies will be available for sale at $10.00 each. Contact the editor. (Yes, it is correct that this book is in lieu of the August edition of the journal, and we are already well into September! What can I say?) 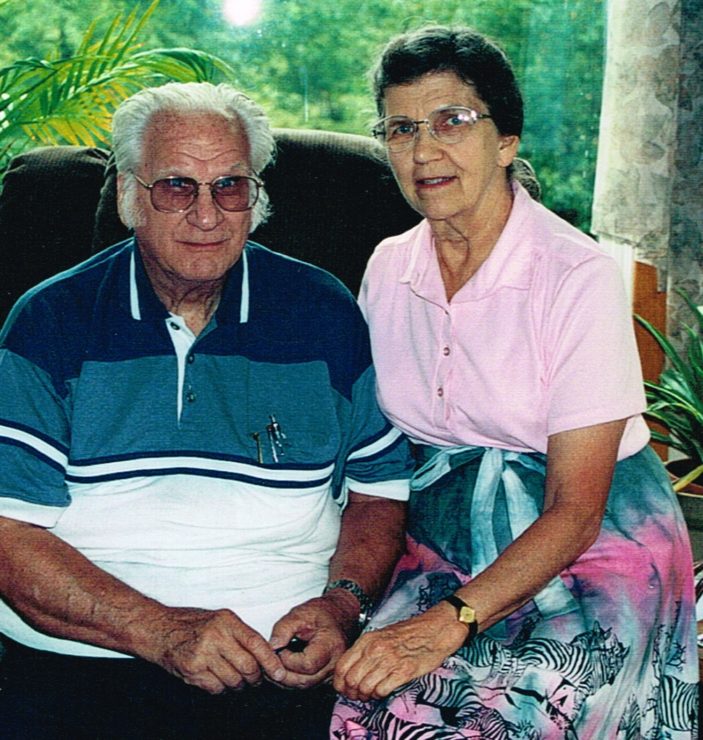 Fred and Grace Holland’s story is an ordinary story about extraordinary people. The same could probably be said about the stories of many people, but here’s what I mean. Fred and Grace were remarkable in the scope of their influence, almost literally “to the ends of the earth.” They first served with Brethren in Christ World Missions for 19 years, at four different mission stations in Zimbabwe and Zambia. Their final assignment during those years was implementing Theological Education by Extension (TEE) which began in small rural churches around Sikalongo Mission in Zambia and exponentially spread to such far-flung places as Australia, Korea, and the Philippines.

Returning to the U.S., Fred and Grace settled first in Pasadena, California, where Fred earned a doctoral degree and taught at the Fuller School of World Mission. In the coming years, Grace also earned a doctorate and along with Fred, taught at Wheaton College in Illinois, and then at Ashland Theological Seminary in Ohio until their retirement. Before and during their teaching career and following retirement, they returned for several shorter stints with Brethren in Christ missions in Africa to provide training in urban church planting, and traveled around the world on behalf of TEE and to help pastors and churches in other countries plant new churches and invigorate established ones. They were directly and indirectly responsible for the publication of hundreds of thousands of 43 different TEE titles. The books have been translated widely; altogether, more than 200 languages are represented among the 43 titles.

At the same time, Fred and Grace were an ordinary married couple with four sons, dealing with the ordinary issues of daily life. Missionary life is easy to glamorize, and it’s easy to imagine that missionaries spend all their time engaged in the significant work of preaching the gospel and bringing people to Christ, forgetting that interspersed with the “noble” work of being a missionary are the nitty-gritty realities of daily living. Those nitty-gritty realities include car trouble, family vacations, home repairs and construction projects, frequent moves, illness, relationship problems, taking care of an elderly parent, sending their children away to school for months at a time, enjoying the funny and serious sides of raising four active sons, and then seeing them married and having children of their own. Within this missionary story, for example, you’ll find accounts of managing rural schools in Zimbabwe and beginning the TEE program interrupted by anecdotes about family life and butchering pigs. That’s the way life is for most of us—trying to pursue our passions while also caring for our families and managing daily interruptions.

Everywhere Fred and Grace lived, whether in Africa or in the United States, they planted a garden and raised vegetables and fruits. Long ago, Grace memorized the words of the preacher in Ecclesiastes 11:5-6: “Just as you cannot understand the path of the wind or the mystery of a tiny baby growing in its mother’s womb, so you cannot understand the activity of God, who does all things. Plant your seed in the morning and keep busy all afternoon, for you don’t know if profit will come from one activity or another—or maybe both” (New Living Translation). The story she tells is one of planting seeds—both literal and spiritual—wherever she and Fred happened to be that grew and produced fruit they never expected.