On Sunday, September 24, 2017, the Zion congregation in Abilene, Kansas celebrated its 130th anniversary. Following are Pastor Jay Johnson’s remarks highlighting the significant contributions this congregation has made to the Brethren in Christ Church as a whole.

Today we celebrate 130 years of God’s goodness and faithfulness to Zion, and through Zion Brethren in Christ Church. Many other churches have come and gone, but this church still stands to the glory of God. This is the Lord’s doing: Not to us, O LORD, not to us, but to your name give glory, for the sake of your steadfast love and your faithfulness! Psalm 115:1. 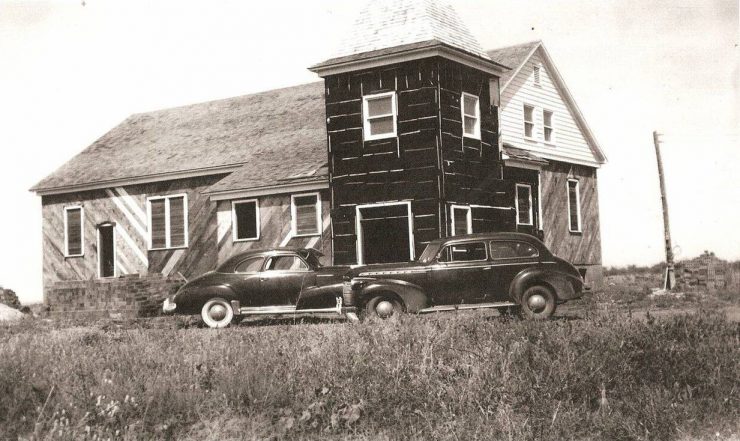 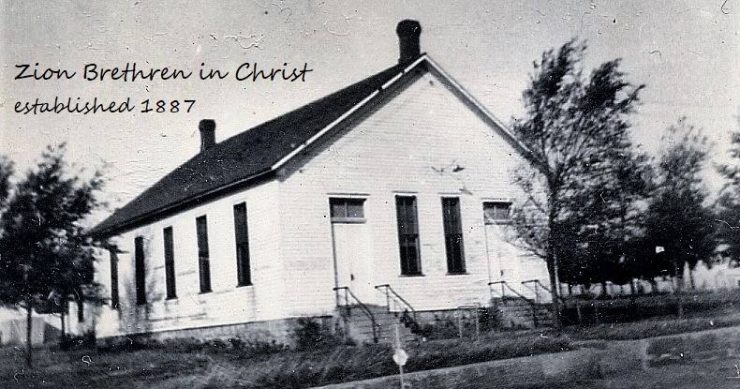 The Brethren in Christ came to Kansas in the 1880s. By faith, they built Zion right in the middle of some farmland and it’s been here since 1887. Just one year after Zion was established and built here on this hill by Bishop Samuel Zook, his son Noah Zook was called by General Conference in 1888 to become the first traveling missionary for the Brethren in Christ.

Long before the denomination had started a foreign missions program, four of Noah’s children became missionaries. They went to India and to Southern Rhodesia (Zimbabwe). There are now more Brethren in Christ churches in Zimbabwe than in the U.S. All of Noah’s children died on the mission field for the cause of Christ.

Many pastors came up through Zion. Shane Britt, founding pastor of the Rock Island BIC Church in Herington, got his calling right here at Zion. Emmanuel and now Kansas City area. Kerry Coup, founding pastor of LifeHouse came up through the Wednesday night club program right here at Zion and got a call to preach. Kerry pastored Zion for seven years when God gave him the desire to reach the unchurched. LifeHouse began meeting here on Sunday evenings in the Fellowship Hall. And today they minister to over 200 people.

Ron Bowell pastored here almost 15 years before God sent him to start CrossRoads in Salina. At CrossRoads their building is divided by a wall. They use about two-thirds of the space and the other one-third of the building has been used to give birth to new churches (they call it the “Womb Room”). La Mission El Camino, a Spanish speaking congregation, and Revolution, a church for Gen Xers, also began in the womb room. Pastor Jeff Piepho said that if there had been no Zion, there would be no Revolution. More recently, Aliento De Vida started meeting there and they planted two more (McPherson, Lyons). Zion has always been a sending church and it is a nurturing church as well.

Indeed, of Zion it shall be said, “This one and that one were born in here, for the Most High himself will establish her” (Psalm 87:5).

Missionaries have been born and nurtured here: a family to India, another family working toward Africa, Alicia Jackson to Indonesia. God also sent many first-time pastors here to be nurtured. This church was Henry Miller’s first full time assignment. It was John Hawbaker’s first pastorate. John went on to become a bishop in the Susquehanna Conference and Middle East regional administrator for Brethren in Christ World Missions. Zion was Kevin Ryan’s first church. Kevin discipled a future first-time pastor named Ron Bowell. Zion was Kerry Coup’s and Bob Beatty’s first pastorate, and it’s my first pastorate.

And it’s not only pastors. Zion was a pioneer in Sunday School in the Brethren in Christ Church. Many solid believers who are serving the Lord in various ways were nurtured here –  in Sunday school, youth group, kids clubs, and small groups. That’s called a legacy. Zion has a legacy of sending, nurturing and giving.

Zion has been a generous church from the beginning. Our people love to give and serve, even in the hard times and difficult times. Ron Bowell said there was a time when it was difficult to meet the budget here. In a board meeting, Chris Frey suggested that we give more to Cooperative Ministries. The board prayed about it and they voted to give 20 percent to Cooperative Ministries.

That doesn’t make sense to the world but it does in God’s economy. We are blessed to be a blessing. Zion continues to be a generous church. You give your talents, your time, your money, and yourselves to God’s work. We celebrate 130 years of sending, nurturing, and giving to the glory of God.

Editor’s note: Watch for an article in the Fall 2017 edition of “History Matters” about the opening in June 2017 of a time capsule placed in the church’s cornerstone in 1948.