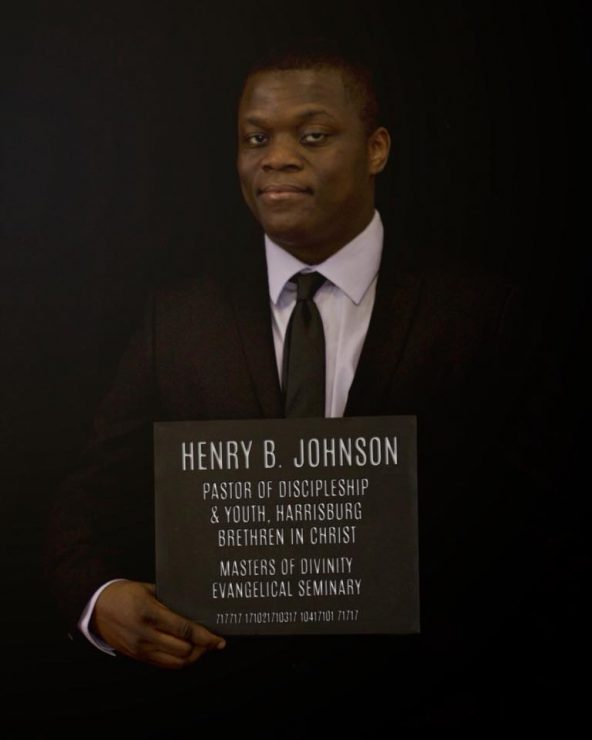 To commemorate the 50th anniversary of the assassination of Martin Luther King, Jr. on April 4, 1968, Pennsylvania state representative Patty Kim worked with photographer Michelle Greene to honor 50 African American men in the Harrisburg area who exemplify excellence. One of the men honored is Henry (Hank) Johnson, pastor of discipleship and youth ministries at the Harrisburg Brethren in Christ Church. Hank will become senior pastor at HBIC in 2019; he also serves on the board of the Historical Society.

Hank participated in a segment about the project on the local ABC news affiliate.

You can read more about the project and see photographs of all 50 men in The Burg: Greater Harrisburg’s Community Magazine. Hank is on the fourth page in the third row.