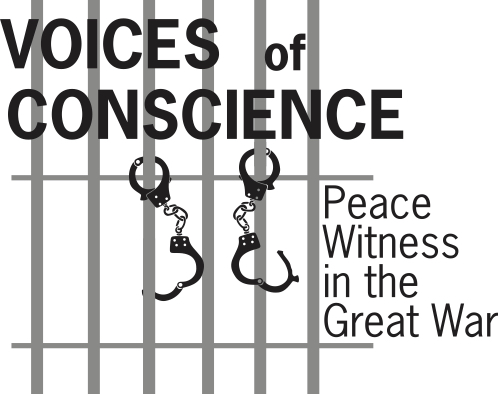 If you live in south central Pennsylvania, you have several opportunities in the coming months to see the traveling exhibit, “Voices of Conscience: Peace Witness in the Great War”:

A little background: Later this year, on November 11, 2018, the world will observe the end of World War I, often referred to as the “Great War“ or the “war to end all wars.” To remember those who resisted the war and witnessed for peace, the Kauffman Museum in North Newton, Kansas developed a traveling exhibit, “Voices of Conscience: Peace Witness in the Great War.” Brethren in Christ young men were among those who resisted the war, including Canadian bishop E. J. Swalm who was jailed for his refusal to put on the uniform.. 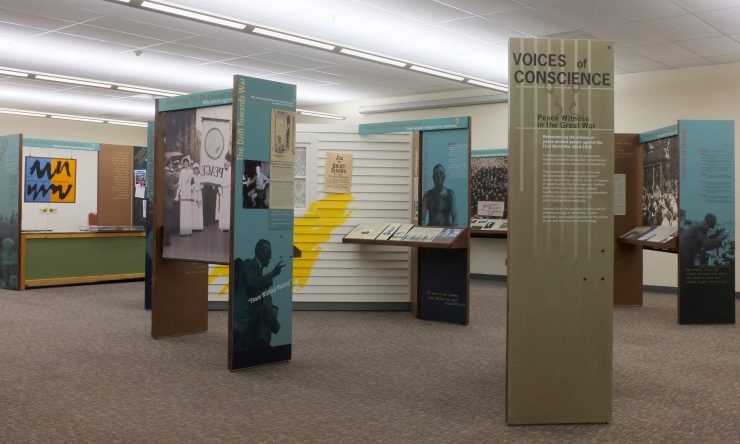 The exhibit premiered at the National World War I Museum in Kansas City during a symposium in October 2017 called “Remembering Muted Voices: Conscience, Dissent, Resistance and Civil Liberties in World War I Through Today.” According to the Kauffman Museum’s description, the exhibit “remembers the witness of peace-minded people against the First World War 1914-1918. This witness included men and women, religious believers and secular humanitarians, political protesters and sectarian separatists. They resisted U.S. involvement in the war, the enactment of military conscription, the war bond drives, and the denial of freedom of speech under the Espionage and Sedition Acts. For this resistance many suffered community humiliation, federal imprisonment, and mob violence at the hands of a war-crusading American public. This exhibit lifts up the prophetic insights and the personal courage of World War I peace protesters, and suggests parallels to the culture of war and violence in our world today.” See voicesofconscienceexhibit.org for more information, including how to host the exhibit in your church or community.